Community housing provider Link Wentworth in partnership with Western Sydney Community Forum has brought all sides of politics, industry stakeholders and community members together for the first time to discuss the rising cost of rent and homeownership in Western Sydney, and the subsequent vital role that social housing will play in Australia’s major cities.

‘The Big Housing Debate’ was held on April 21 in front of an online and in person audience of over 500. The event included a number of speakers including National Affordable Housing Alliance chair and Frasers Property Executive Chair Rod Fehring, Tenants Union NSW CEO Leo Patterson Ross, the Hon. Shayne Mallard MLC, and NSW Labor Shadow Minister for Water, Housing and Homelessness the Hon. Rose Jackson.

The debate was also the platform for a report commissioned by the Western Sydney Leadership Dialogue (WSLD), which revealed demand for social and affordable housing in the Western Sydney region equates to 16% of all demand in NSW, or 59,500 dwellings, with an expected additional shortfall of 28,200 homes by 2036.

Link Wentworth CEO Andrew McAnulty said now is the time for every decision-making level, from all levels of government to the private sector, to band together for solutions.

“We believe this is a critical issue, and that everyone has the right to a decent home. By working together with local, state and federal government, as well as the private sector, we can push forward for tangible solutions.

“We need to be saying that social and affordable housing is infrastructure – an essential part of any functional city.”

Speaking at the debate, the Hon. Shayne Mallard MLC said the shortage of social housing stock has become one of the biggest challenges in our society as social housing makes up 18% of NSW state assets.

He highlighted that the impacts of climate change and natural disasters on land use and land releases, increased interest rates and the increasing strain on the private rental market were all factors that have inflated the importance of addressing housing affordability.

NSW Labor Shadow Minister for Water, Housing and Homelessness the Hon. Rose Jackson also said that Sydney’s housing market was in an unhealthy state, with 32% of the renting population in Western Sydney under housing stress.

“There is not a single local government area which is affordable to buy or rent for a key/essential worker. They cannot afford to live in our city or even rent a two-bedroom apartment, so they are moving further away, they are commuting for longer hours and paying hundreds of dollars in tolls.

“They are stressed and the cause of that stress is our failing housing market. The utter unaffordability for private housing is driving huge demand for social and affordable housing,” she said.

“In Bankstown, the heart of the community I represent in Western Sydney, the average rent is now $1,820 more than it was this time last year. In Penrith, it’s $1,560 more. Rent is the biggest bill that millions of Aussies pay every week, and it’s going through the roof.”

Mr McAnulty said the housing crisis should be an a-political issue, however one of the main barriers was a belief that there was “no silver bullet” to help solving housing affordability; a mentality that acts as a handbrake for any sense of urgency for solutions.

He said the focus areas include a practical national housing strategy with clear, bipartisan annual targets and expanding the National Housing Finance and Investment Corporation.

“We also need to renew and replace old existing housing stock, with the focus on tailoring solutions for long-term liveability, not just ‘new supply’. And we need to think about the pathways of renters who might be looking for home ownership or shared ownership, and how we can make this easier.”

The private sector, including property developers, also have a part to play in continuing to allocate a portion of development projects to affordable housing. However developers face barriers such as access to land and capital, making it important to increase investment and government incentives.

Western Sydney Community Forum CEO Billie Sankovic said governments must invest in growing the supply of social and affordable housing, particularly in Western Sydney where the need for housing is urgent.

“Governments, business, and communities need to work together to create a socially just housing system. We must act now. Housing is a fundamental human right and we urge all sectors to work together to ensure that no one is forced to endure decades of rental stress or be forced into homelessness,” Ms Sankovic said.

Mr McAnulty said, “Community Housing Providers (CHPs) are in the unique position to be able to collaborate with government as a non-profit sector, as our actions are based solely on our objectives to provide people with affordable housing.

“Unless we innovate, we’re going to be stuck, but we can be a catalyst for conversations between the public and private sector to drive solutions.”

The debate also featured a lived experience address by social housing resident Mary Conyard, who shared her personal story of finding affordable home as a single mother of two children. Her recounts of time spent securing affordable housing for her family to avoid living on the street was an eye-opening experience for all who attended.

The Big Housing Debate is available for viewing at www.linkwentworth.org.au/the-big-housing-debate.

Read this story in the media 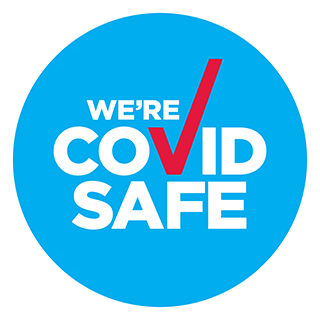 Link Wentworth Housing is registered as a NDIS provider of Specialist Disability Accommodation. We currently manage group and respite homes housing almost 300 residents across the northern parts of Sydney.

Keep up to date!

Sign up to our newsletter for the latest at Link Wentworth.